Posted on January 9, 2014 by Climbing Downhill

We continue viewing the many places my legs carried me,  now moving to Italy.  While living in Europe, I had the opportunity to visit Venice twice and it was also included in an eight-day tour of Italy I was able to take with a friend.

This picture was taken while approaching the island. 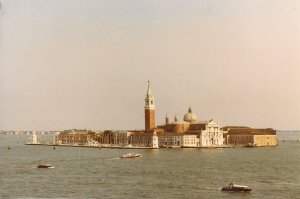 This is Venice’s Saint Mark’s Square.

Here is what is called the Bridge of Tears where prisoners walked to the prison near St. Mark’s Square in Venice. 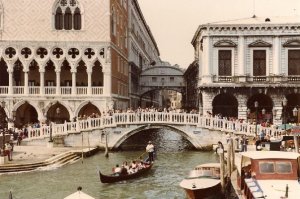 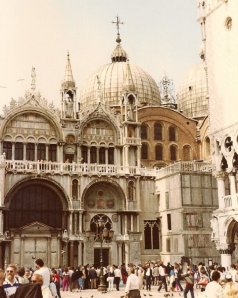 Top of St. Mark’s in Venice is very ornate. 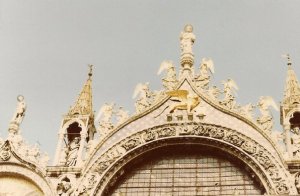 Water roadways are fascinating.  Here is a canal on the island.

It was fun gliding down a water road in a gondola.

And I saw other parts of Italy.  Here is the Sistine Chapel in Vatican City, Italy. Our tour bus happened to arrive as the pope was speaking to a huge crowd. 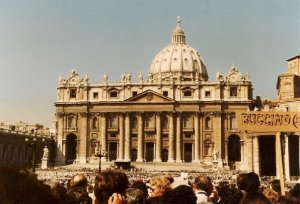 Once the masses dispersed, we were able to go inside.  This is a portion of the ceiling in the Sistine Chapel.

This is Saint Peter’s in the Vatican City.

This was inside of a dome there. 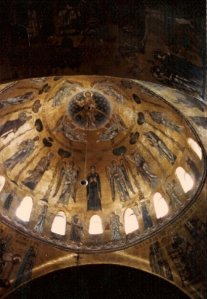 It was interesting to see the remains of an ancient aquaduct in Italy.

This is Castle Nuovo in Naples, Italy.

It was fascinating to see the coliseum ruins….

….and catacombs in Rome. 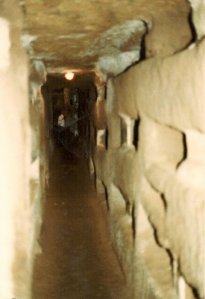 The Tivoli Fountains in Italy gave an unbelieveable show.

Pompeii Italy was interesting and sobering. 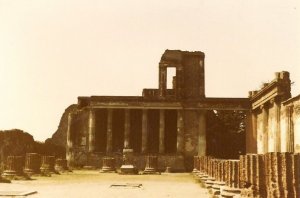 I walked on the Leaning Tower in Pisa, Italy. 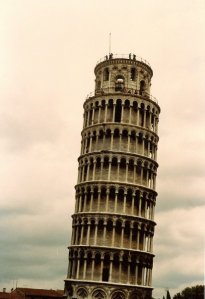 While my mom was visiting us, the three of us took a three-day trip to Holland in the spring and saw the colorful tulips. 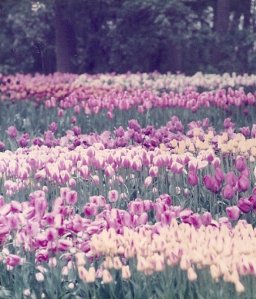 The tulip garden was a happy home for some flamingos.

We saw a lot of windmills in Holland. 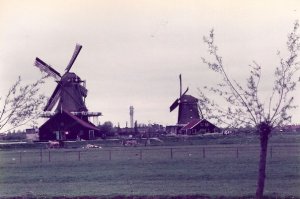 We went to Amsterdam. While there, we took a boat tour down the river and viewed the crowded buildings, had our eyes opened as we walked through some of the red light district and stopped somewhere to eat local food.

After we lived in Europe for about 2 1/2 very busy years, we moved back to the USofA.  My next post will share where.

Wife and mother of grown kids, in my 50's and dealing with MS, making life's moments count and trying to offer something of value to others along the way. https://climbingdownhill.wordpress.com
View all posts by Climbing Downhill →
This entry was posted in Travels and tagged adventures, Holland, Italy, memories, MS/Multiple Sclerosis, multiple, photos, pictures, sclerosis, travel, traveling, travels, venice. Bookmark the permalink.

5 Responses to Proof I Existed – Part 4 Italy and Holland