She Changed Her Name

Posted on September 20, 2013 by Climbing Downhill

It’s not unusual to save the best for last.  Sometimes the best needs to be worked up to.  Sometimes it’s the hardest to describe.  Both are the case for this post about my mother.  I may still write about some family members in the future; but for now I feel that I have written about the most interesting people that I know or know about in my family.  I hope these short biographies will be read by my children and grandchildren.  So now last, but of course not least, a post about my mom….

My Mother was the first of six children born to her young parents. 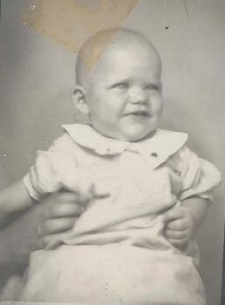 They gave her the name Joan, but she didn’t like being called Joanie, so she changed her name by proclaiming it to be JoAnne.  She’s like that, a take-charge kind of person and remarkably capable.

She had a good childhood, helping to care for her younger siblings and whatever foster children may be living with them at the time.  She could ride a bicycle with no hands and was able to do cartwheels non-stop all the way around their house.  Those joyful pastimes ended one day when her uncooperative leg let her know something was wrong.   The doctor was summoned and broke the news to the family that she had polio.  The family was quarantined and she was taken to an isolation hospital in Milwaukee where she and many others of all ages lived (and some died) with the illness.  It was a rough experience for a 10-year old.  When she returned home, she adapted to some lasting effects of the disease and attended a special school with less physical barriers than the public school in her district until she strengthened her legs enough to travel flights of stairs.

Later, she found work at the local movie theater and then in a law office. 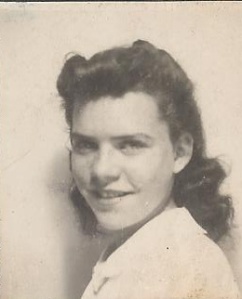 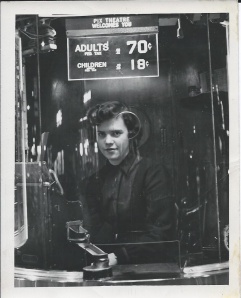 She dated early and often and finally chose my dad to marry. 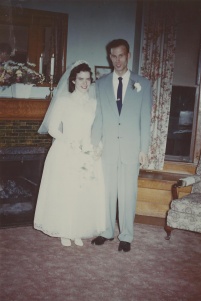 My sister was welcomed earlier than they planned (nine months after the wedding), and I came about 3 1/2 years later.   While we grew, she filled our house with fun and things that had meaning; and in the yard she grew lilies of the valley and parsley, rhubarb and raspberries, mayflowers and moonflowers (moonflowers fascinated her because they open at dusk).  Mom always used her time wisely, creating fun for us in the form of games or “adventure” days.  Our house was tidy and pretty flowers lined the sidewalk in front of it.  She developed friendships with active and loving people who took an interest in my sister and I, which surrounded us with people who cared about us and showed their love in time and tangible ways.  Our home was visited often by relatives and friends and our yard was usually the neighborhood gathering place for summer days and evening games of “kick the can” or “red rover”.  She always had enough popsicles for us to distribute to the crowd of hot neighbor kids.  She kept the books for dad’s business, entertained customers in our house and out, was always helping at church, campaigned for her political party and worked at the voting polls, and she was part of a tight-knit group of neighbor wives and moms called “Homemakers”.

She easily makes homemade bread and cinnamon bread, creating a family favorite.  She has been known for her strawberry-rhubarb pie, rice krispie treats, Welsh teacakes, raspberry jam and green jello (a crazy creation with cottage cheese, pineapple and walnuts).  I love the smell and taste of her beef stew on a Sunday afternoon.

She has mastered a balance of modest self-confidence and compassion for others that remains unmatched by anyone else I know.  She meets people easily and has many long-time friendships.  She is a devoted friend to many and is always ready to listen and celebrate or comfort – she knows how to provide whatever is needed.  She knows the art of asking questions and showing sincere interest in answers given.  She is a one-stop shop for advice, support,  encouragement, motivation and  cheerleading.

She enjoys making people smile, so she spent some years in a clown group. 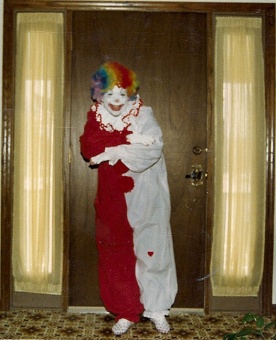 She played light-hearted jokes when we were young, and often brought fun props when she came to visit her grandchildren. She grew up to be an antique little girl who never tired of dress-up.

She loves to give and receive gifts.  I remember she had dad make cutting boards the right size to amply hold her beautiful loaves of homemade bread (before there were machines for making bread).  Then she decoratively covered them with plastic wrap, tied them with ribbon and distributed them as gifts.  She made large quantities of cornhusk dolls, deep display frames with dividers that held a picture in the middle and dry legumes in the compartments. 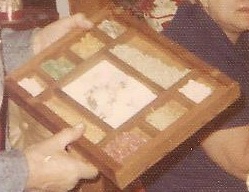 She also made baskets out of craft ribbon and flannel nightgowns for my sister and I given on many Christmas eves.  Her heart is always giving through the work of her hands.

She  took countless pictures making sure events were recorded and remembered.  She spent years compiling and organizing information for family history records.  That led her to be involved in geneology of her family and the history of the area where she lived,  and in Welsh history and local clubs where she held office numerous times.  She compiled cookbooks as fundraisers, gave historic tours of the local area and was the area’s historian for years longer than she held the position of clerk-treasurer for her community.  Through her knowledge and experience, she became the “go-to” person for information and research.  She was featured in the newspaper countless times.  Her leadership has been admired and respected.

She loves the cultural and social connections to tea and teacups and she enjoys collecting as many pretty ones as she can find.

She has always loved being in a library with so much information and knowledge surrounding her, but she also loves the internet which brings the library to her.  She is a voracious reader forming a pile of books in front of her and settling into a comfortable chair alone to read them for hours.  But she also loves people – watching them, being with them and getting to know them.  She’s interested in everything.  She cares about the whole world and the smallest creature in it.

She has visited the many places I have lived through the years, even when she had to cross oceans to do so. 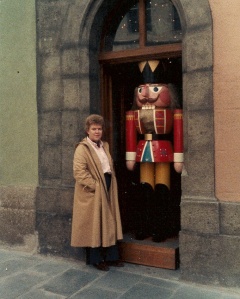 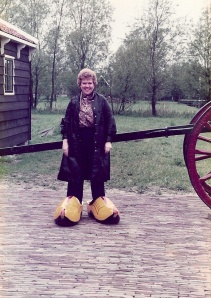 She traveled to be nearby when her grandchildren entered the world and was one of the first to hold them.  When each of her grandchildren turned nine years old, they traveled to spend a week alone with their grandma during which they felt like the most important person in the world and then left with a book full of pictures and stories of their time together.  She visited often, enjoying everyday life, attending birthday parties, and was present for every graduation. 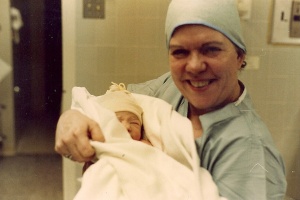 She was a caring daughter and is a loving sister, hosting holiday gatherings through the years and planning special outings and celebrations.  She has always been beyond generous to her family and friends. 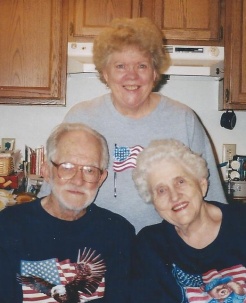 She speaks publicly at Rotary Club  meetings about her experience having polio as a child.  She volunteers at church and in the community.  Most importantly, she boldly claims Jesus Christ as her savior and proves it by showing His love to those around her.

You can’t help but look at her with admiration and love, and the love bounces back from her eyes into you.  She grasps the importance of life and the One who gives it.  She has mastered the art of not sweating the small stuff.  In spite of facing many challenges through the years, she insists she has lived a charmed life.

If asked to describe her in one word, I simply could not do it.  She’s too big for one word, or any combination of words.  This description only scratches the surface of her capacity to love and be loved and of the intricacies of her personality and her effect on those around her.  People close to God are like that.

They called her Joan when she was born.  She was called JoAnne for most of her life.  She is called Mom by me, and that will never change!

Wife and mother of grown kids, in my 50's and dealing with MS, making life's moments count and trying to offer something of value to others along the way. https://climbingdownhill.wordpress.com
View all posts by Climbing Downhill →
This entry was posted in Family History, People Stories and tagged family, history, love, mom, mommy, mother. Bookmark the permalink.

4 Responses to She Changed Her Name