Posted on September 13, 2013 by Climbing Downhill

People said I was good at remembering names.  I enjoyed the look of surprise on people’s faces when they heard their name spoken and realized I cared about who they are. 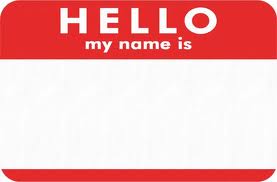 If I couldn’t remember a name, I surely recognized a face I’d seen before, and likely where and when I’d seen it. 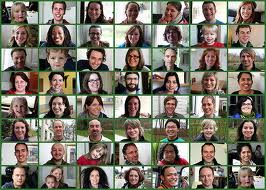 My man and I moved 11 times in 20 years while he was in the military.  Having lived so many places did present a challenge for my memory when I saw a familiar face.  I often had to ask myself if the face belonged to someone I had met where I lived presently, or if it was a face that resembled someone I knew while I lived someplace else.  I could usually figure it out.

I spend most of my time at home now, so you’d think meeting fewer people and seeing a limited amount of faces would result in being able to remember a greater percentage of those I encounter.  Not so.  Whether that can be contributed to age, MS, or both can’t be determined.

What’s most uncomfortable for me, is that so many people seem to know who I am.   At first, I was surprised and praised people for their tremendous memories.  It took me longer than it should have to realize that I am incredibly easy to identify.  There aren’t a lot of women riding around on electric scooters.  It’s more than likely the way I am described…”you know, the woman on the scooter”.  Although I would so much rather be described as tall, dark-haired or friendly, there are worse ways to describe a person.

I have become the Woman on Wheels.  Weeeeeeee!  I’m thinking I should change my name to something that starts with “W” or think of a catchy nickname.  Help me brainstorm….ideas?

Wife and mother of grown kids, in my 50's and dealing with MS, making life's moments count and trying to offer something of value to others along the way. https://climbingdownhill.wordpress.com
View all posts by Climbing Downhill →
This entry was posted in Mobility Equipment, MS/Multiple Sclerosis and tagged faces, MS/Multiple Sclerosis, multiple, names, sclerosis, scooter, wheelchair, wheels. Bookmark the permalink.

5 Responses to Woman on Wheels